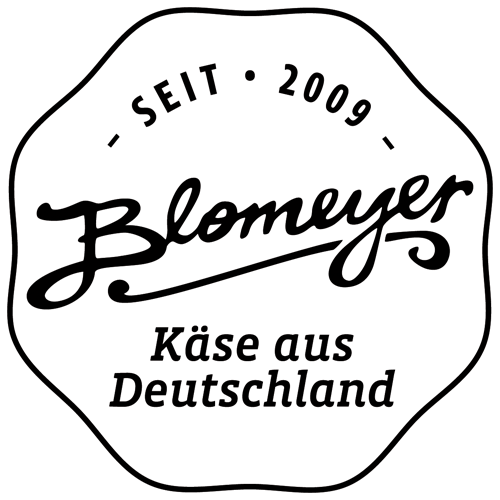 Since we are on the # 9GRF basically the culinary pleasure are inclined, we and you can not just sip and taste, we need of course something to eat and there is the cheese from Fritz-LLoyd Blomeyer just right!

Blomeyer’s cheese is the courageous and now successful attempt on the Berlin market with cheese from small German productions to insist. With great success!

At Fritz-Lloyd Blomeyer in Pestalozzistraße people meet who value regional qualities, tradition and craftsmanship. Blomeyer’s achievement is the construction of a sensational cheese assortment.

The Charlottenburg dealer and affineur not only cares for his producers in the countryside, he also maintains his cheese. He has in-depth insights into the production, the different livestock breeds and the geographical conditions of their milk production. And he has the talent to impart taste nuances and their interconnectedness with the large-scale aspects of landscape and culture to his customers both culinary and linguistically.

In numerous special events, he stages the German cheese as sensory taste explosion in the environment of other delights, such as fresh and pickled fruits, bread and butter, wines of all kinds, beer and of course rum!

Blomeyer’s art is the composition for the mutual enhancement of the pleasures of taste.

German – German – even more German: Rum-Verschnitt. With our heads bowed we remember the rum pot of Aunt Liesl, the rum balls of grandma Marga and the grog, which we drank teaspoonfully at that time. The heat-resistant glass cups with their glass stirrers and the stone pots are now available at the flea market. But we swore – it was not really German, the rum came as an extract from the Caribbean, then the Danes had their hand in there, the Grog was an English dilution trick against the drunk in the Navy. Cola Libre was an invention of the exiled Cubans. Only the blend was really German. In summary – that was a fusion Pampe for allotment gardeners, a Verdeutschung of sweet exoticism.

The creolization of drinking and eating culture is a US Southern phenomenon and an endless topic for US sociologists. Meanwhile, we have globalization and the creolization spills back. Now there are native rum not only in the Caribbean and South America, but also in Madagascar, on Reunion, in Nigeria and the Cape Verde Islands. There are as many varieties of rum worldwide as there are varieties of fish or potatoes or apples. The comparative exploration of rum comes late. But she comes inevitably. It is becoming a topic of food scouts and a puzzler for philosophers.

For exploration belongs the contrast. The alcohol with its infinitely different international flavors needs an edible counterpart. Pretzel sticks and nutlets on the bar table played. The opposite of the fugitive is the substance, the opposite of the international is the regional, the opposite of global is home. This is the hour of German cheese. In sequences and simultaneities, the sensory system is challenged by the nose, tongue and palate. It creates taste experiences that exceed everything what one can imagine under salty, sour, sweet, bitter, spicy and soft. Intensification through contrast plays a role, synergies and physiological processes of the encounter of refined proteins and alcohols. From the culinary confrontation and its tasting happiness, euphoria and a deep satisfaction arise. Cheese from German manufactories and international rum are made for each other.