The GERMAN RUM AWARDS are a competition in which professionals blind taste the rums submitted and make subjective, yet neutral assessments! To make the rating as simple and effective as possible, we’ve developed a points awarding system where each juror only has to make one mark within a particular scale. This enables the juror to focus on the essentials – without the distraction of having to figure out how many available points to award.

In order for a submitted product to be awarded and to receive a medal, a specific number of points must be achieved. The jury awards only one gold, silver and bronze medal in each category, which is different from many other competitions. Out of all the submitted products, there is also a “Best in Show“ award – it goes to the rum with the highest number of points, regardless of category.

You can find the results of competition 2019 here

These are this years categories.

What does “professional jury“ mean? All participating jurors have many years of experience in spirit tastings and are experts in all things rum. They participate in international competitions and hail from various different countries. To have a good mix in the panel, there’s always at least one jury member with excellent sensory but not necessarily subject-specific training. We also invite bartenders to the jury as they bring additional aspects to the overall assessment.

“However, what makes the jurors truly special is the fact that they work for free. We only cover their food & lodging” – The Untouchable Jury! 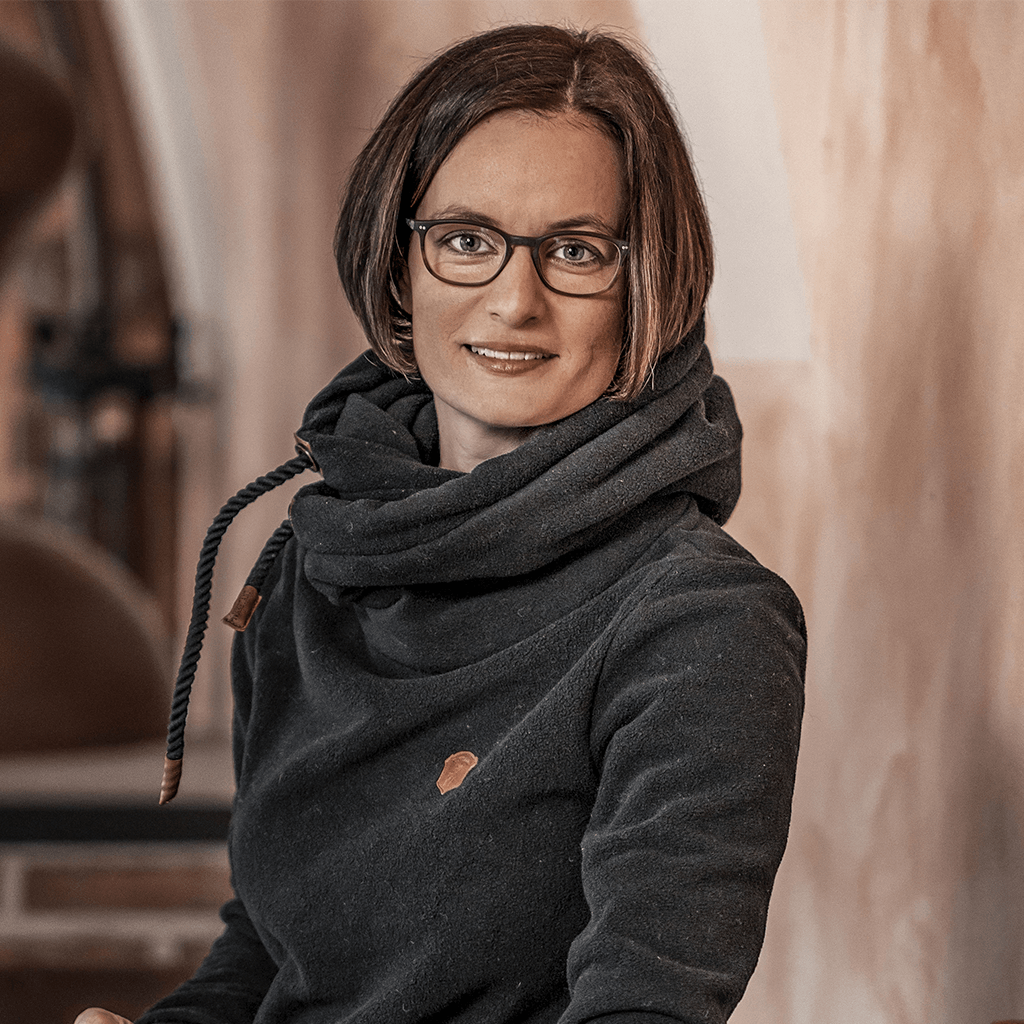 burns passionately for good distillates, works in the distillate manufactory fine distillery Simon’s, is trained Edelbrandsommelieré and experienced taster at various awards, including for Bayernbrand and the Bavarian Institute of viticulture and horticulture. Has a penchant for rum and barrel-stored fires. 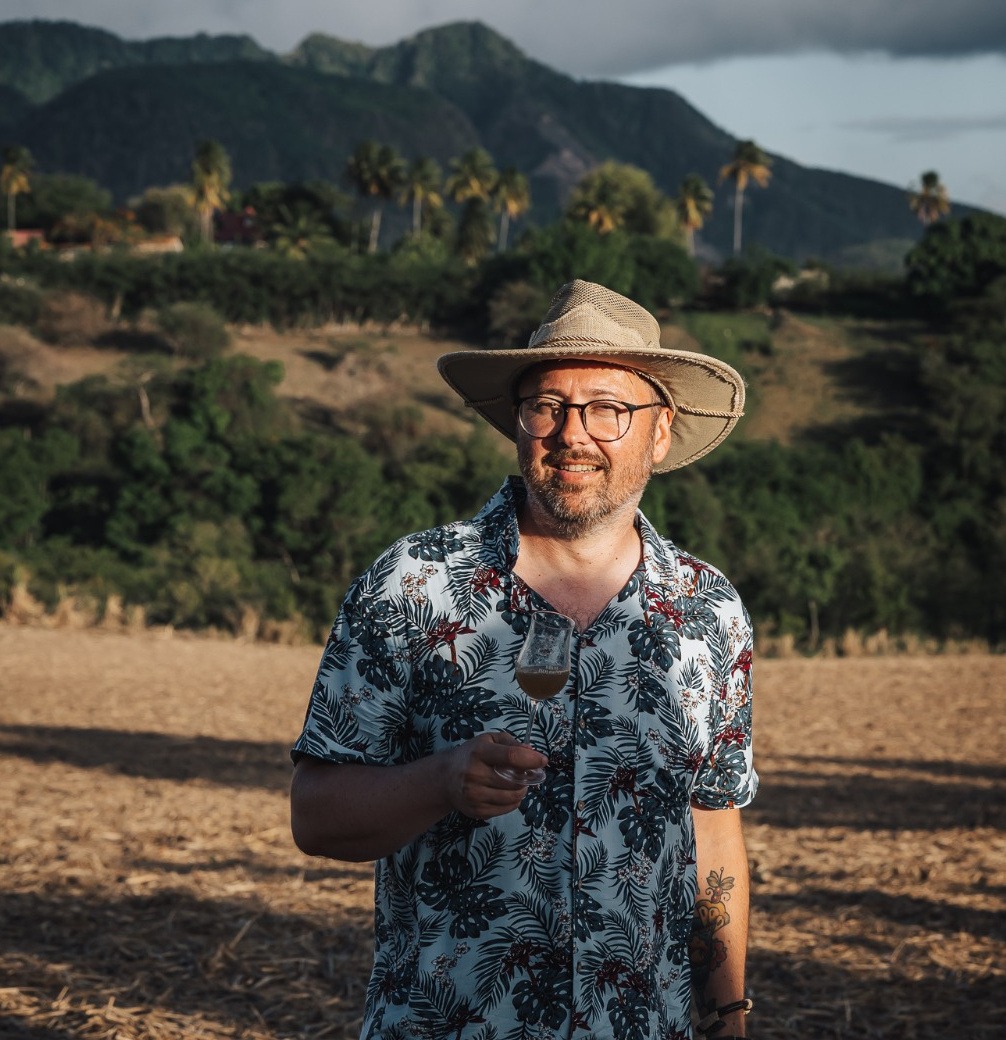 Since 2015 Helmut Barro writes on his blog “schlimmerdurst.net” about spirits of all kinds and cocktails. For several years, he has been a juror in various spirits competitions and a writer for trade magazines on the side. It all started with rum for him, and the love for this very special brand in all its forms accompanies him to this day.

He gained his experience as a judge at Spirits Selection by Concours Mondial de Bruxelles, International Spirits Competition (ISW) and Frankfurt International Trophy. In addition to his passion for rum, he is also one of the biggest lovers and collectors of Baiju in all of Europe. His private collection includes over 100 bottles of the Chinese national spirit Baijiu. 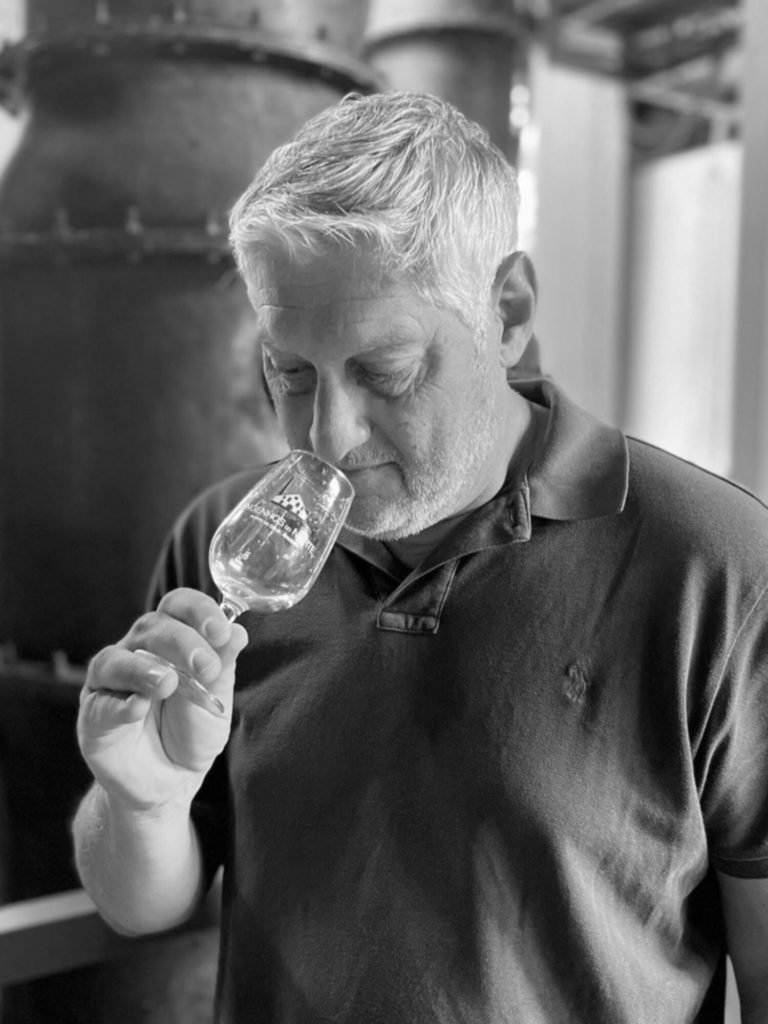 From New Zealand, Richard is currently on a 12 month world tour of rum distilleries and related activity. In June 2022 he was a panel judge for Spirits Selection (by Concours Mondial de Bruxelles), held in Guadeloupe.
He is the founder of New Zealand Rum Society and consults on private collections and trading, and with Independent Bottlers. 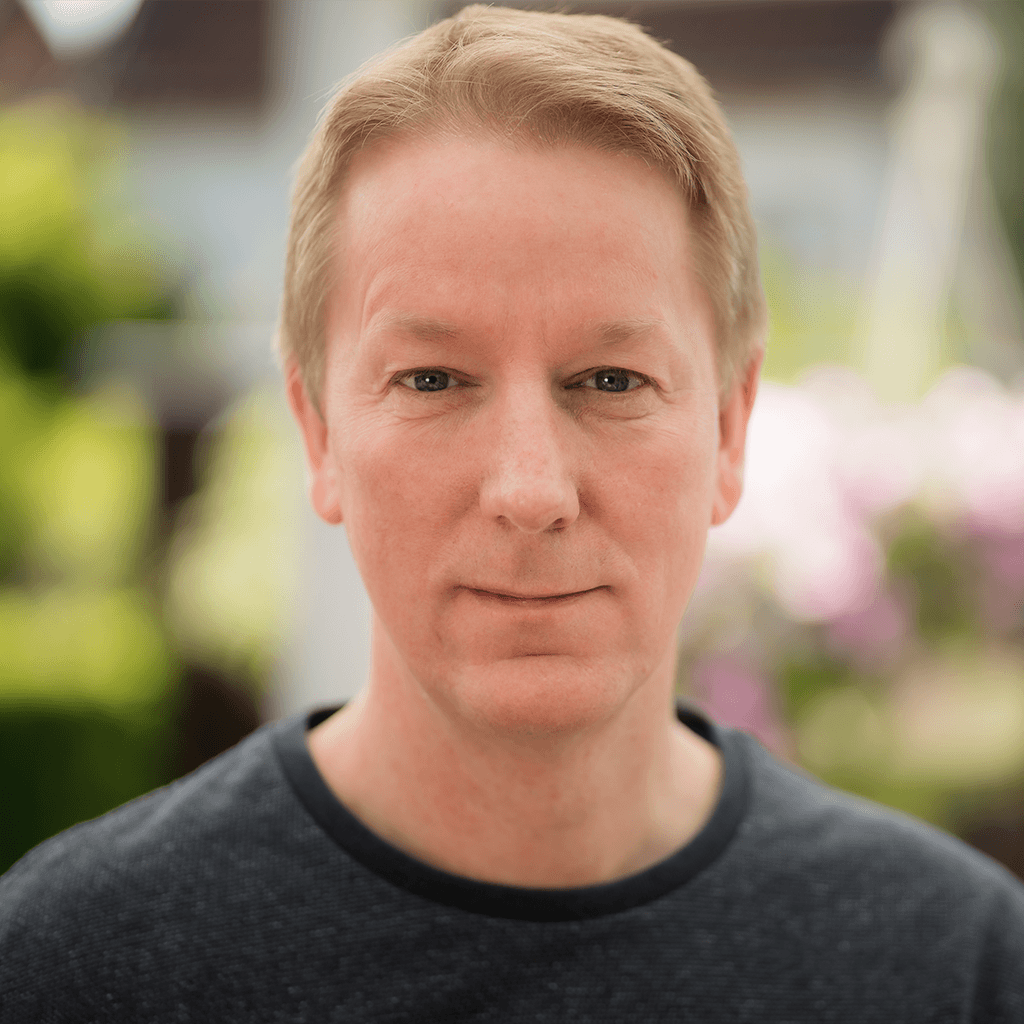 Primarily known in the rum community for publishing the “Hydrometer method” on the Internet.

A method that allows people, in a cheap easy way, to measure how much assumed sugar that has been added to some rums.

Occasionally you will find Johnny assisting one of the largest Danish rum importer at rum festivals.

started his professional Spirit carreer behind a Cocktailbar 1985, during his studies of sociology. Some years later he began giving lectures on different spirits, mainly Whisky. Where he got the highest accolades as he became a Keeper of the Quaich in 1996, and a Master in 2007.

He is a co-founder of ENSE (European Network of Spirit Experts). Since 1997 Bernhard is a panel Member at different Spirit Competitions in Europe, and since 2010 in the US. He became a proud member of RumXP 2012.

His friends say of him,: “I would once like to pass holidays as what you are calling work” and “why are you wearing Hawaiian Shirts all Summer” 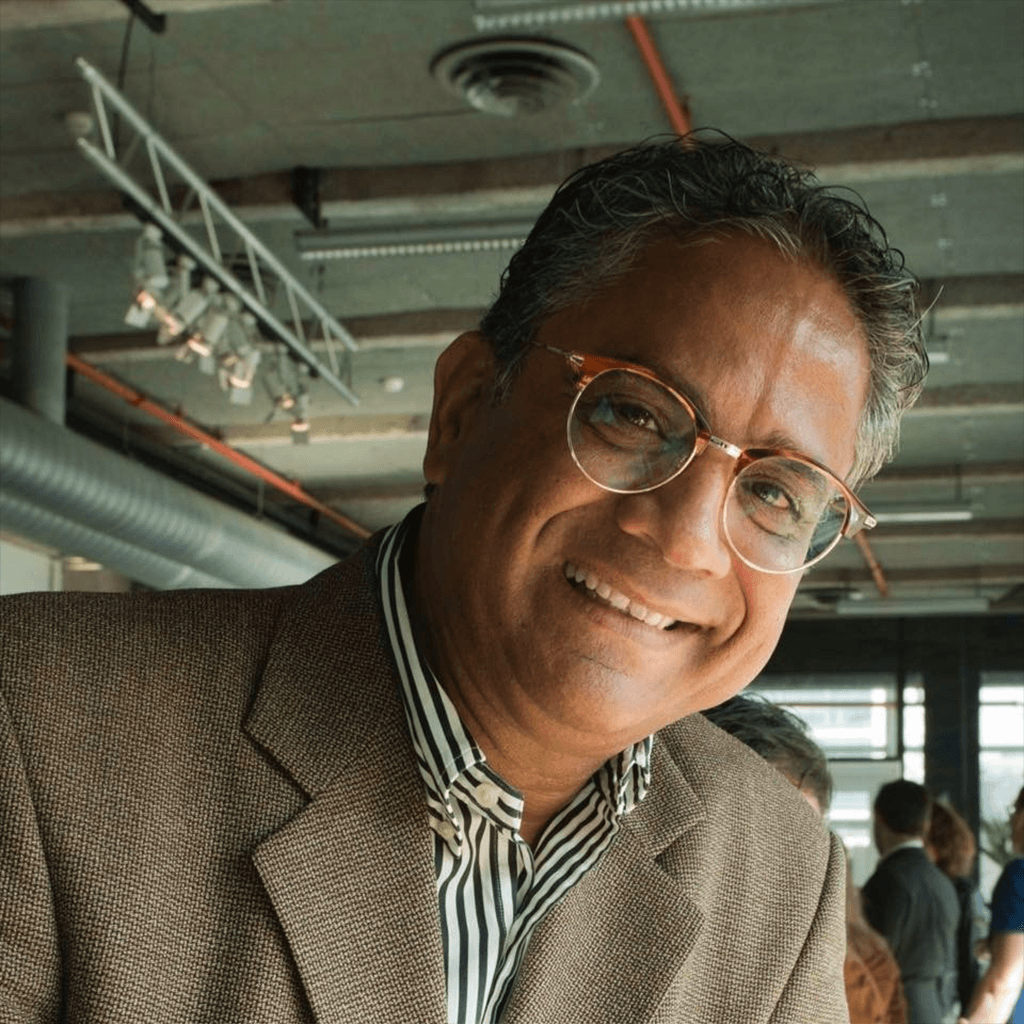 Jerry is co-founder of The Rum Embassy, a society in charge of the promotion of the Agricole Rhum of Guadeloupe and Martinique around the world

At last , Jerry is the Rum Ambassador of Christian de Montaguère the first and biggest shop in Europe specialized in rum only (1 300 references) since 2009 ! 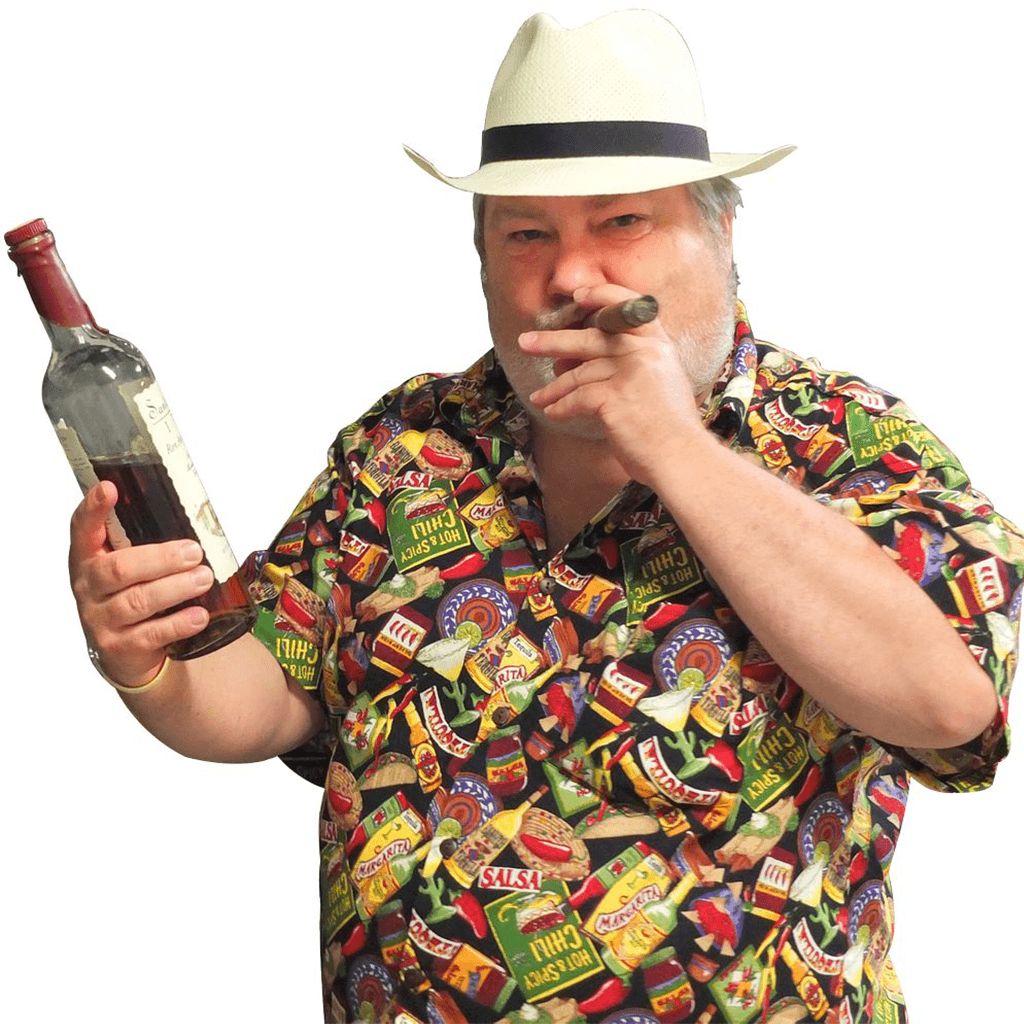 is a rum enthusiast living in Copenhagen, Denmark — known as “Rum Thomsen” by his friends.

Ingvar has been writing about rum for the Danish “Whisky & Rum Magazine” since it started I 2011. It a 100-page magazine which is published five times a year.

More
Ingvar spends all his spare time on his hobby: Rum, over the past 17 years.

He has been hosting rum tastings since 2005 with increased interest every year, now up to 30 tasting events annually with up to 180 participants.

Ingvar enjoys visiting Caribbean distilleries and has appeared on Danish television shows to speak about rum and rum festivals.

He has been judging rum since 2015 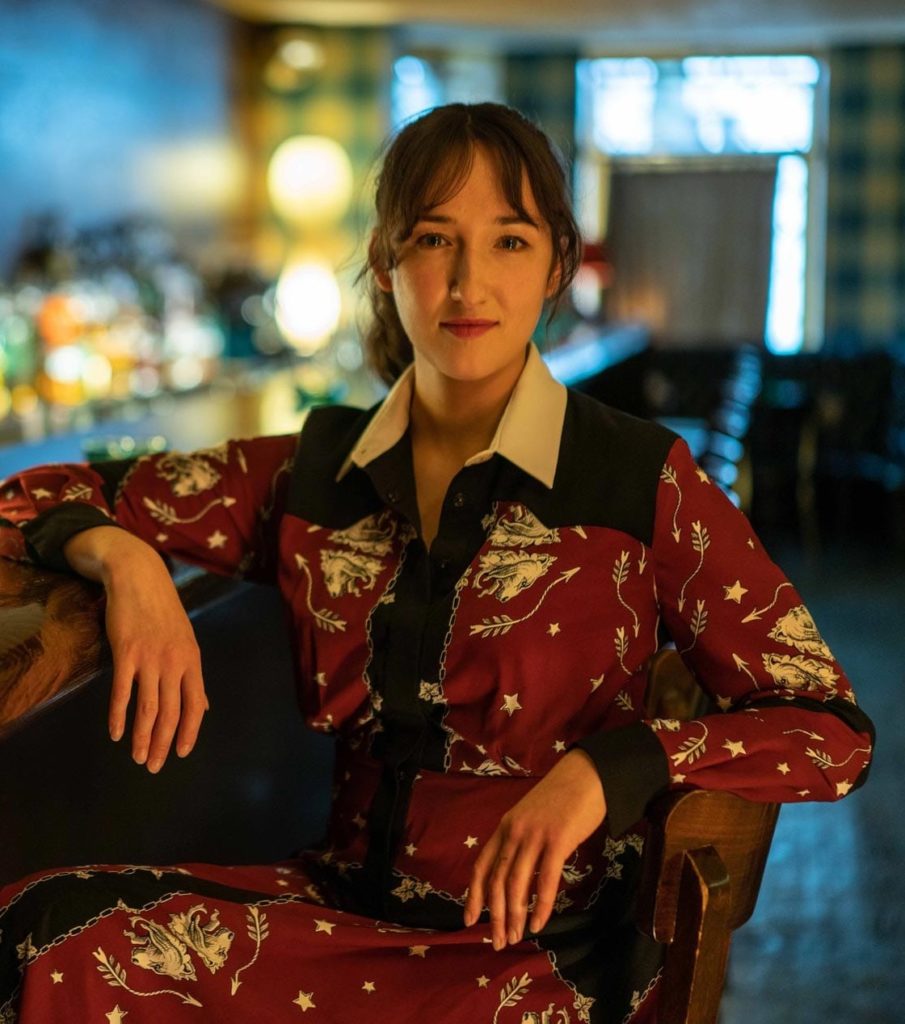 is Bar Manager and Head Bartender at Green Door Bar Berlin.
As a consultant, she is also involved in product development, content creation and signature drinks for the beverage industry.
With her extraordinary sense of flavor and aromatics, she is the ideal fit to lead the Mixology Taste Forum and serves as a writer for Mixology Magazine. 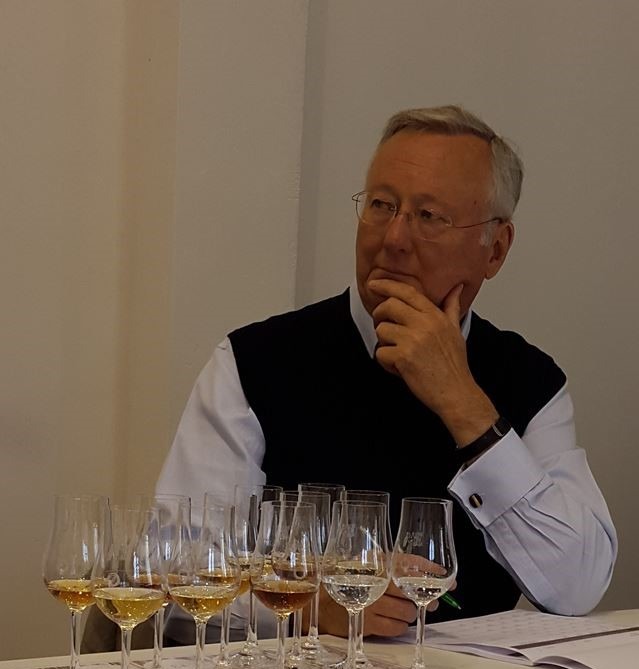 John Barrett, MD of Bristol Spirits Ltd who for the last 20+ years has been promoting a selection of the finest rums under the Bristol Classic Rum label. Well known as a supplier of fine rums from around the world John is recognised as an experienced taster and promoter of rums in their most natural state especially those matured and bottled in the UK. He has selected a bottling of the cult Caroni rum, now a closed distillery  to show as well as a bottling from Haiti, two totally different styles of rum each with their own special story to tell. 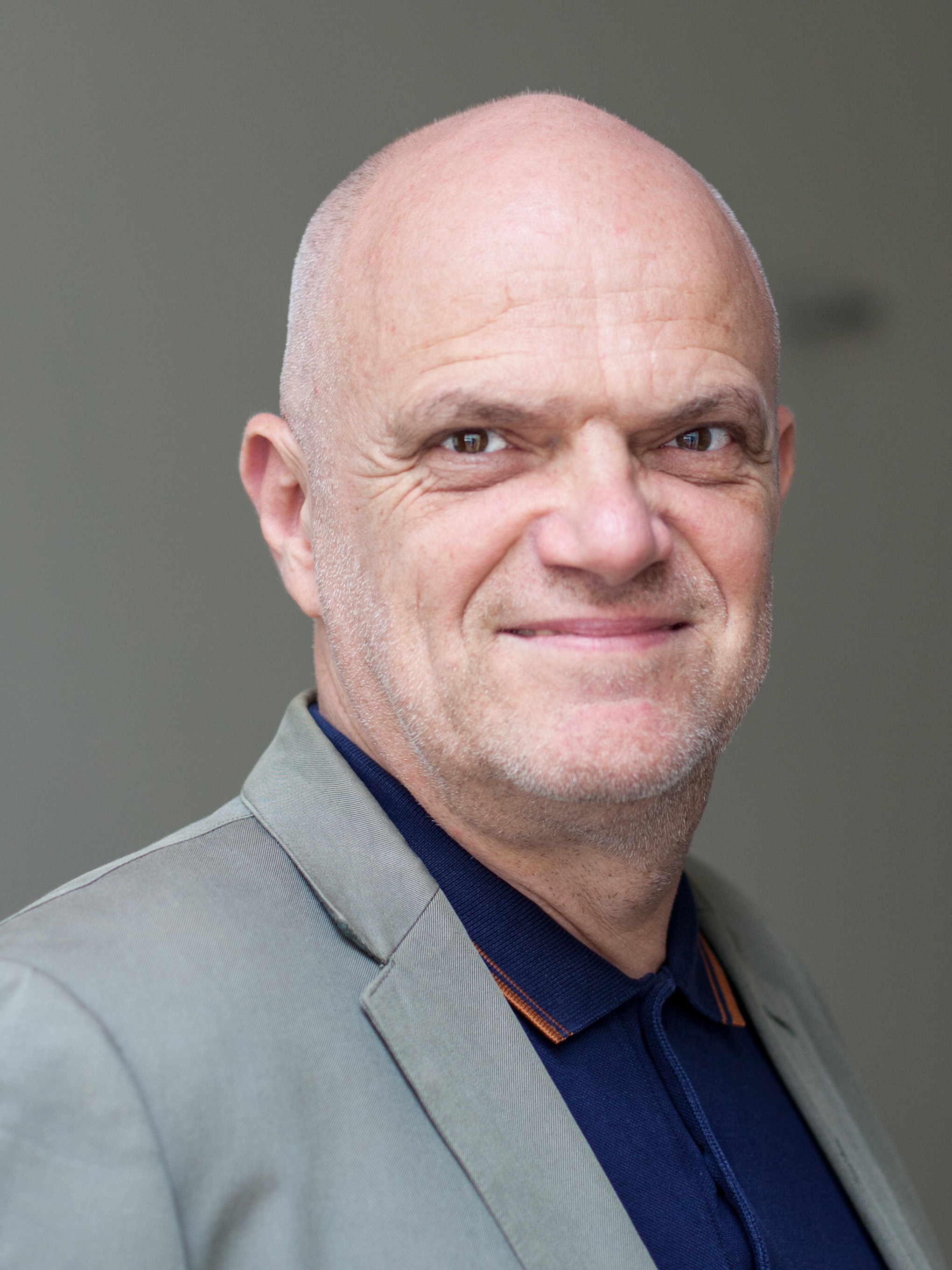 has many years of experience in high-end restaurants, specialist retailers, in seminars, as a member of culinary associations, trade visitor at conventions, juror of any number of competitions and last, but certainly not least, as Master of Tasting.

As early as 1978, when he was already working as a young bartender, he discovered his love for unique spirits at the legendary “Johns Club“ in Garmisch Partenkirchen – especially among the huge variety of whisk(e)y and rum! Quickly, he fell in love with the tradition, the different historical developments and the respective range of flavor profiles and characteristics of these spirits.

Since 1997, he has been exclusively working with these spirits. His many years of experience, his vast knowledge and his focused sense of taste are his greatest assets when he gives presentations or leads tastings and seminars among experts – equally so when he held one of his famous tastings at the Berlin specialty store Whisky & Cigars. He is the store’s manager and advises a large customer base of laymen, passionate professionals, and international collectors. In 2014, Whisky & Cigars was awarded best whisky shop in Germany.

During his travels around the world, he is always on the lookout for that hidden culinary paradise and the most beautiful spirits. His knowledge of rare spirits is also evident in his expertise regarding whisk(e)y, cognac and rum at the art and luxury auctioneers Auctionata.

Producers and importers can submit independently, and use the awards as a tool to see how their product is rated in comparison to their competitors.

The entire process is transparent: the GERMAN RUM AWARDS section lists all jurors and publishes all submitted rum brands. The winners receive a medal, as well as media templates for publication. We submit the results to the press, trade magazines and social media multipliers, such as blogs and leading instagramers.

Even as the organizers ourselves, we only find out the results after the scoring is done through detailed submissions; the preparation and actual competition is handled by an independent team.

And so, the GERMAN RUM AWARDS are unique in their independent positioning, which has made them highly important among international & professional experts. Last but not least – and this makes us very happy – they’ve become a guide for consumers who look at a product appraised by the GERMAN RUM AWARDS as a recommendation to buy!

You can find the results of the last couple of years here. 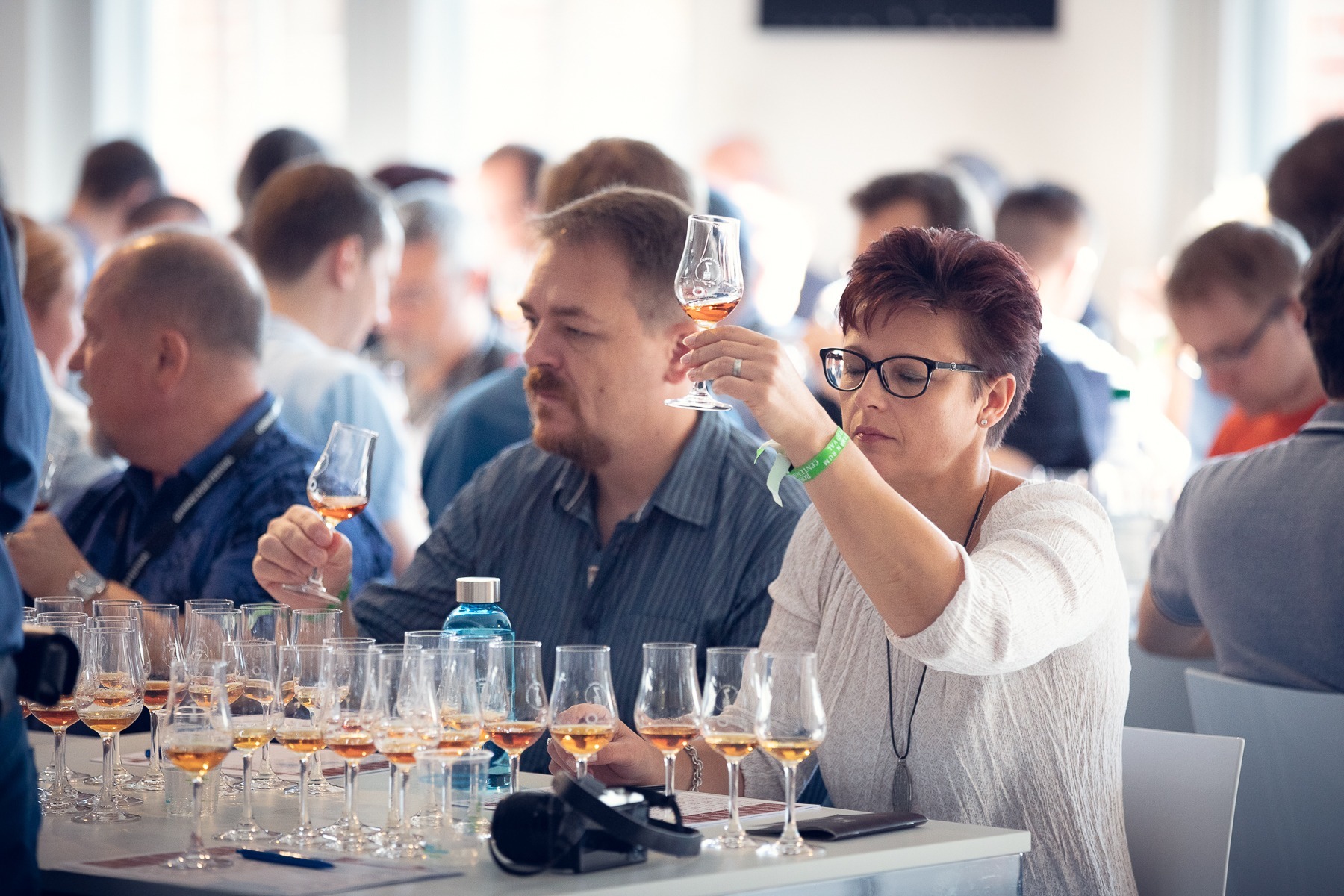 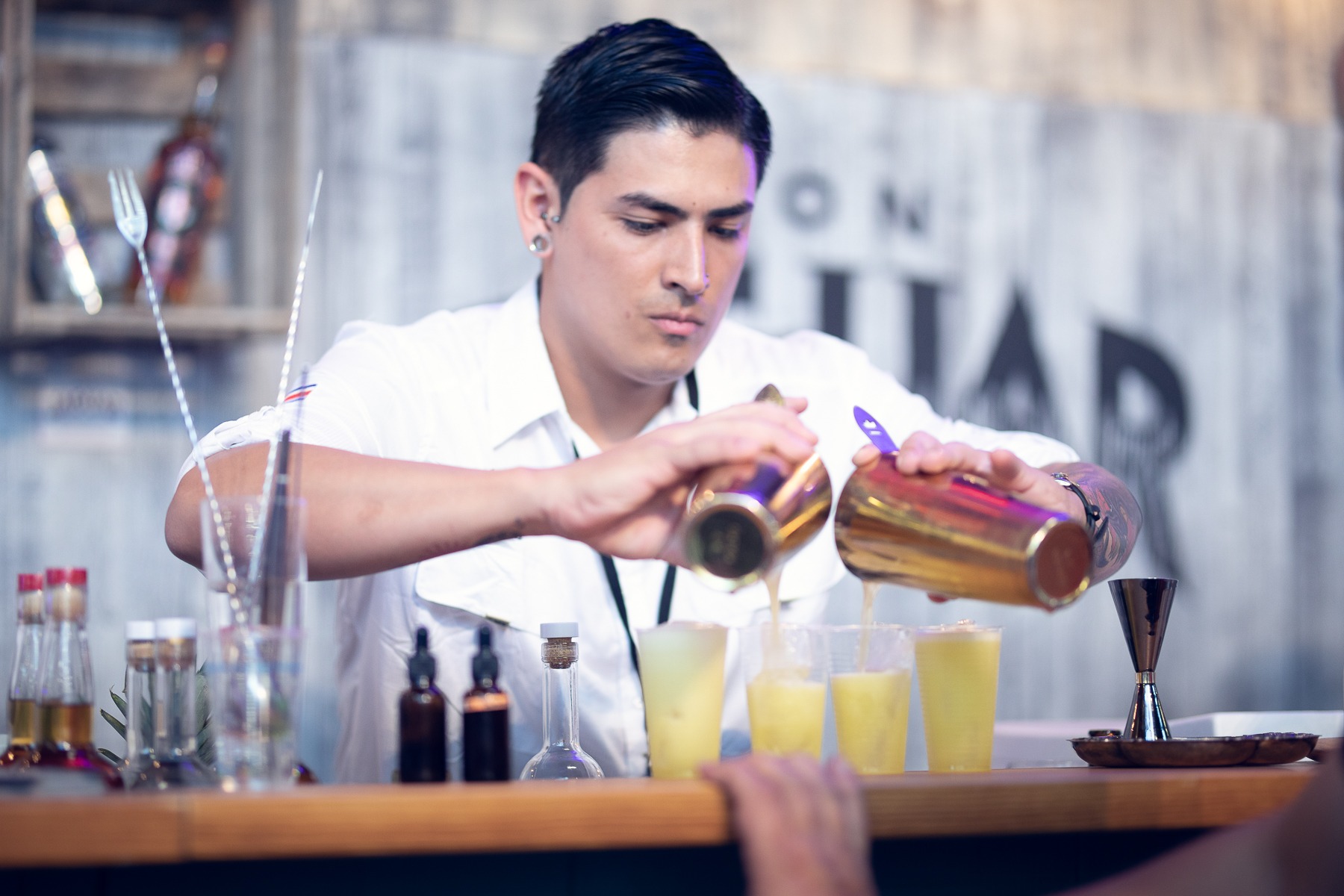 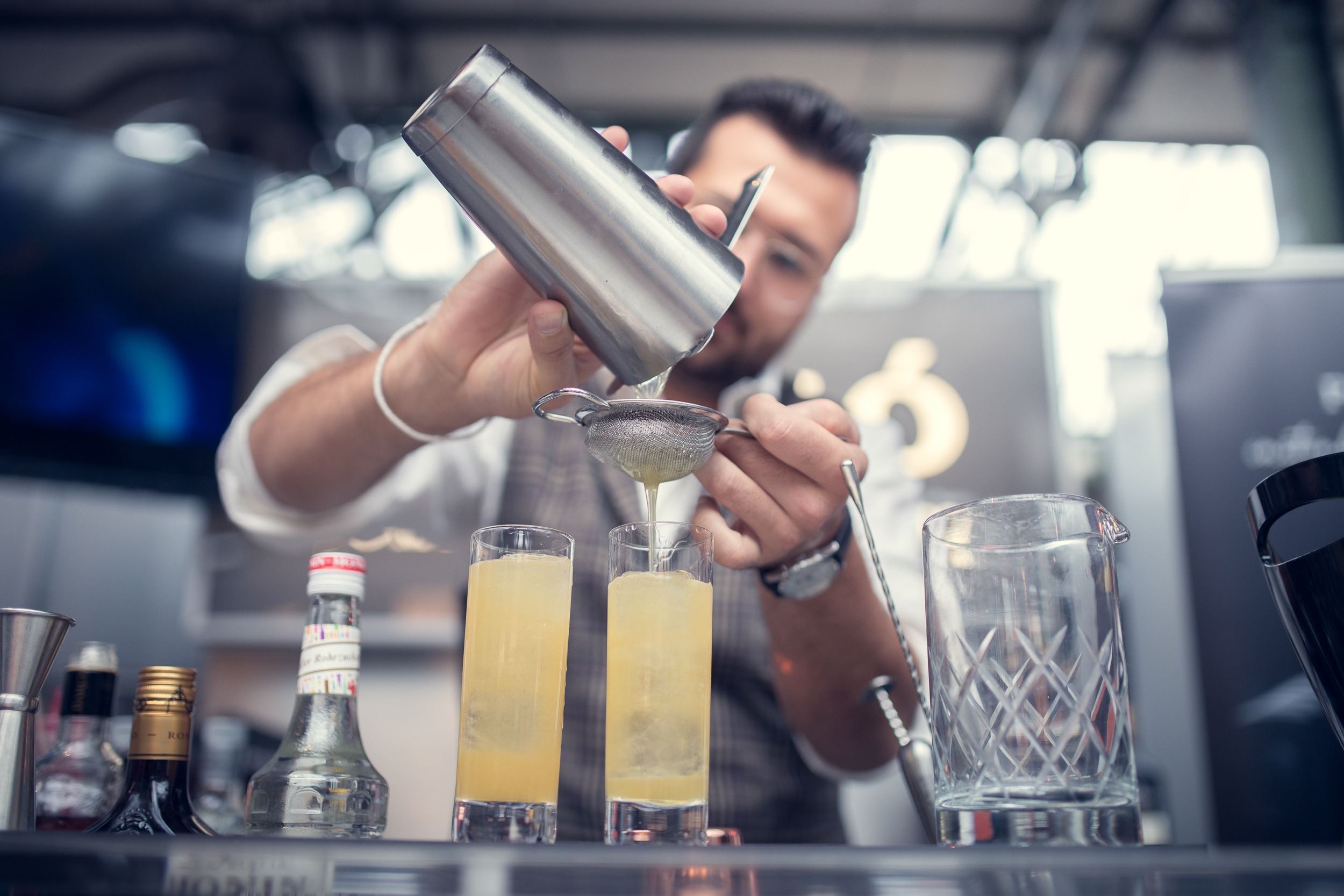 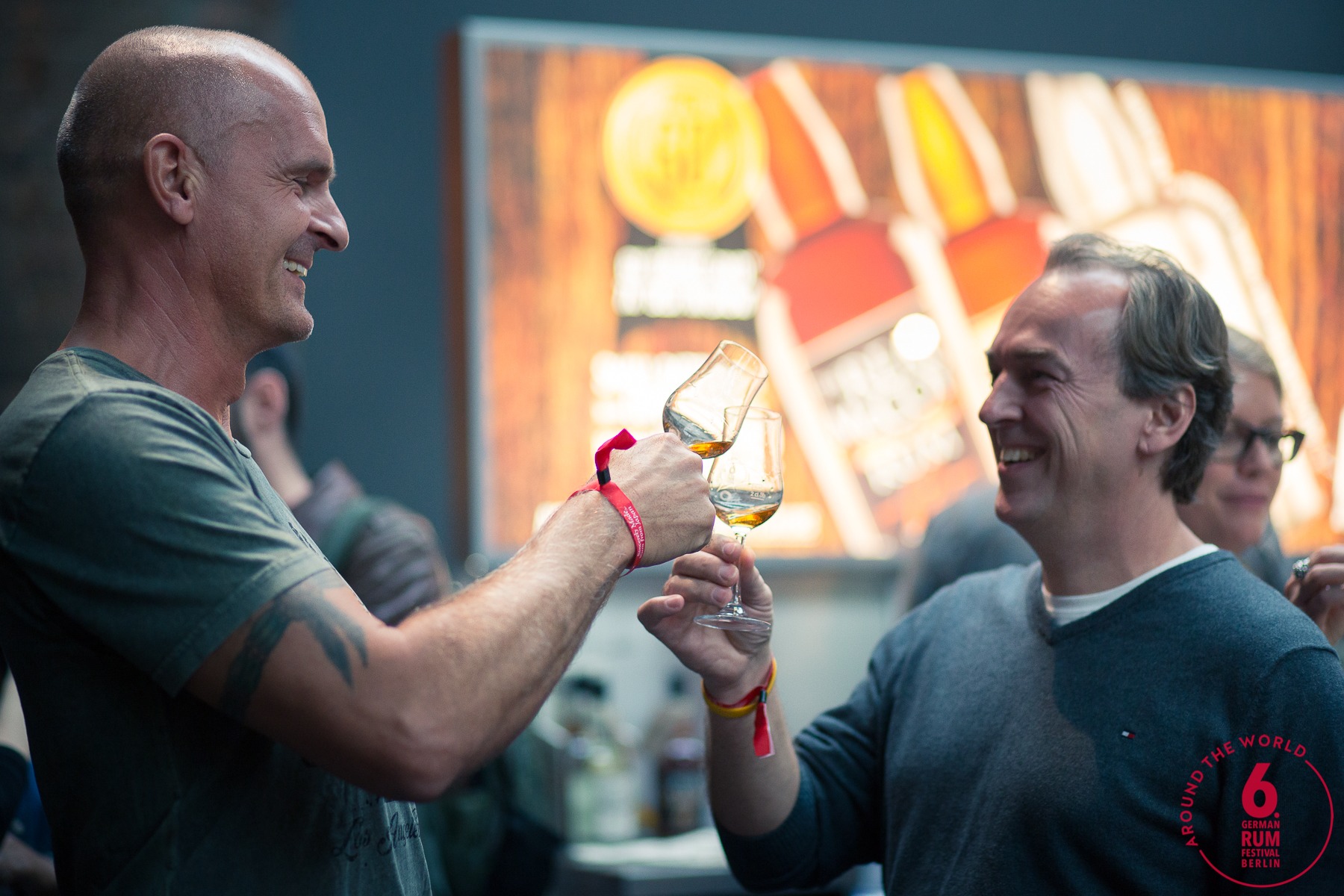 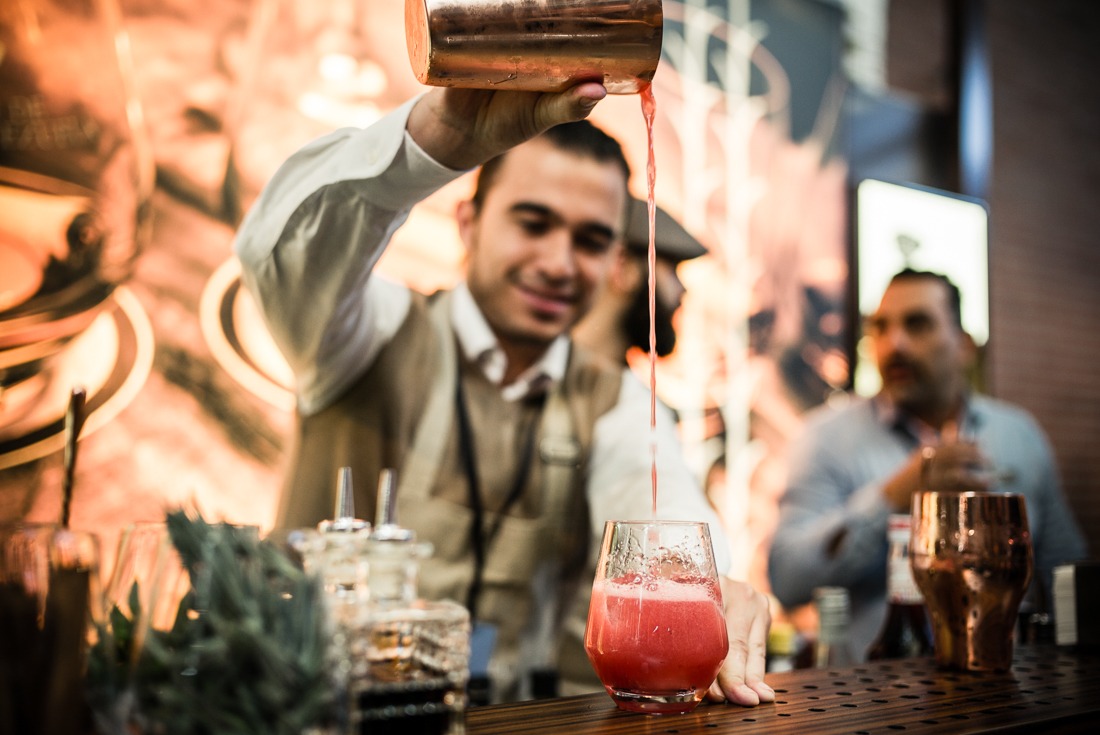 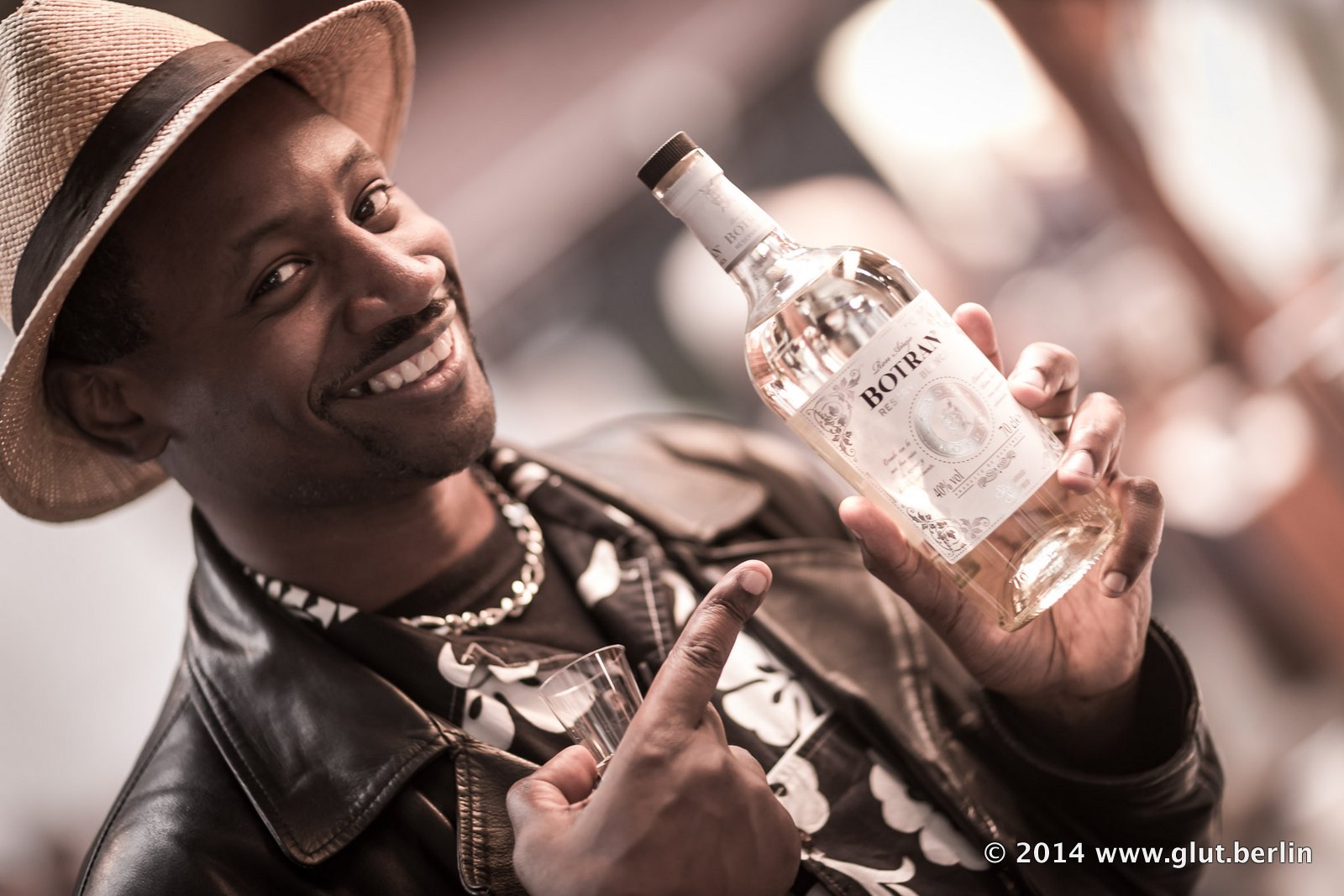