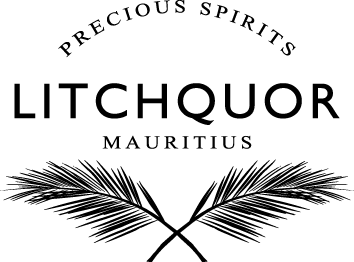 Gold of Mauritius – Welcome to 6GRF The small island of Mauritius in the Indian Ocean is on the fast track to become one the most searched for Rum proveniences. This little island packs a hefty punch when it comes to the quality and quirkiness of its rums. Nestled in the south side of the Indian Ocean and to the East of Madagascar; it is a small paradise island that has a long sugar making tradition (They have no less than 15 different types of sugars, each of them with their own organoleptic character). With this sugar-rich heritage comes a long rum-making history.

Frederic Bestel is the man behind what we call now bottled Gold: Gold of Mauritius. Descending from a long line of passionate rum drinkers, he has become a famous rum maker, and is today the owner of a heavenly selection of premium spirits with his company Litchquor.

The Bestel family, originating from the north of France landed on the shores of Mauritius in 1764 and became land cultivators. This little island was once Portuguese, French and then English before gaining its independence in 1968. As a young boy, this pioneer-to-be would help his father and grandfather on the lychee farms, where they would produce moonshine rum with local fruit, herbs and spices.

Frederic would then toodle off in his father’s battered old Triumph Herald, its boot nearly scraping on the dusty gravel roads with the weight of all the rum bottles, and do the deliveries in the neighborhood. His own first recipe was a lychee rum (which is why he much later also called his company Litchquor Ltd, from the French words “”litchee” (lychee) and liquor. Gold of Mauritius is the embodiment of the island of Mauritius: versatile enough to be drunk straight or mixed in cocktails, textured enough to be sipped over ice or completely neat, complex enough to intrigue but mellow enough to be approachable, and aged just enough to appeal to a casual drinker but also to satisfy the more elaborate palate of the seasoned drinker.

Every drop of this exquisite dark rum reveals different aromatic touches and different flavor profiles. The rum develops when you sip it but also shines through the many classic-styled cocktails you may want to experiment with. One of our favorites is the Gold-Fashioned; a riff on the Old-fashioned cocktail, using port wines, chocolates and angostura bitters and of course, plenty of Gold of Mauritius.