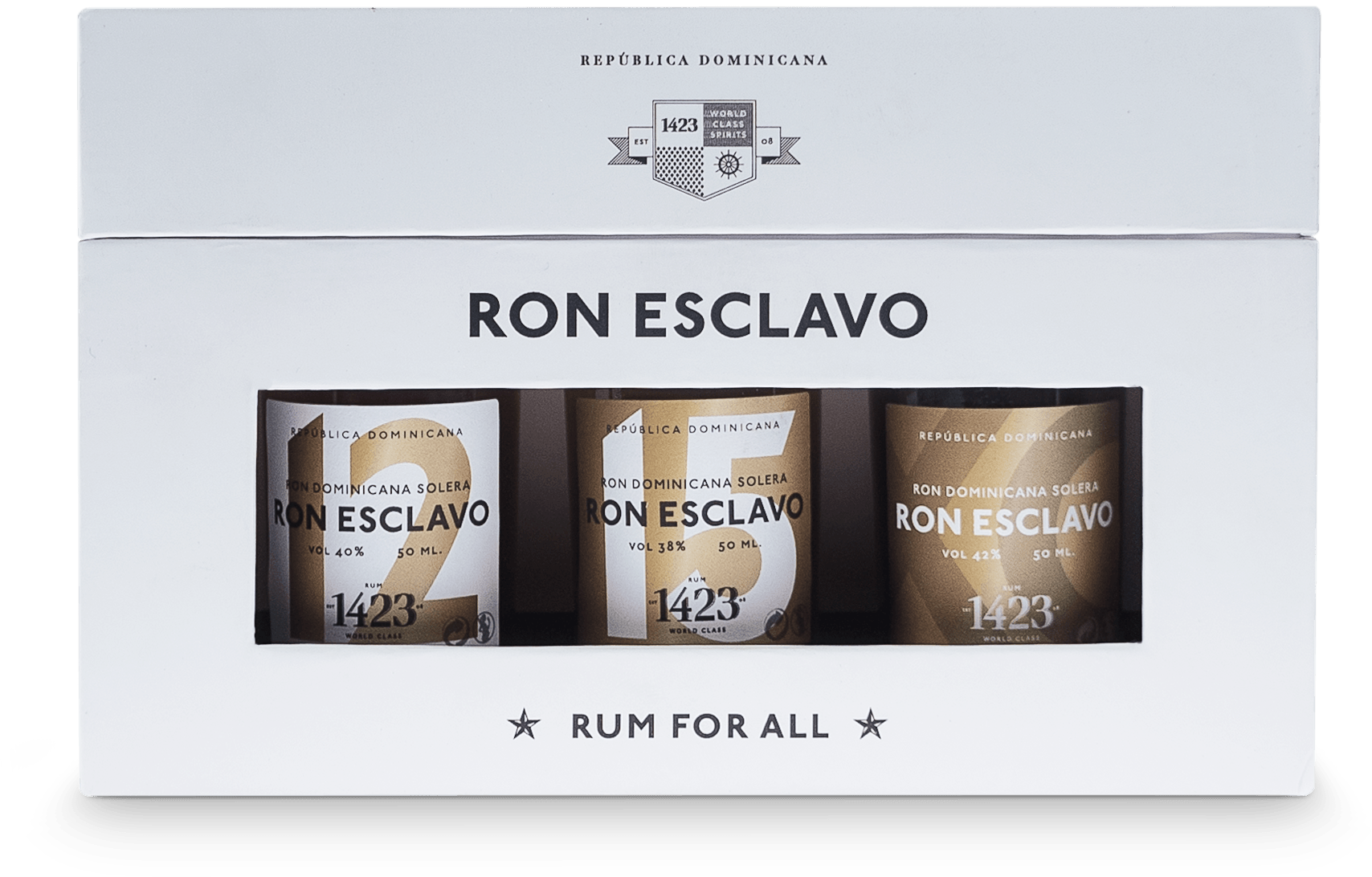 The Slavery hangs like a dark cloud over the history of rum. For many years the two were inseparable. Not only was rum the drink of slaves, but it also became profitable for plantation owners to buy slaves from pirates to work on their sugar plantations, which first began when Christopher Columbus arrived in America.

brought sugarcane farmers on his ships from the Caribbean Islands. Here they established sugar plantations on the Hispanic Islands of Puerto Rico, Jamaica, and Cuba. Born out of the work of slaves, sugar became a profitable market. As a result of the mass production of sugar, there was confusion of what to do with all of the extra remaining sugar. Sugar farming spread to the surrounding areas including Brazil, and the Portuguese in Brazil cracked the code when they began taking the juice from the sugarcanes and making a “rum-like” drink, which they would either pour on the slaves or sell to pirates. Years later the world’s first rum distillery opened in Barbados. All of the sudden, rum was not something that was poured on slaves anymore. Rum became a product that could be exported. England’s middle-class was one who took the importation of rum very well. The early rum was described as “strong and burning with an unpleasant odor,” and was given the name “Kill-Devil.” However, the quality increased after some time and the drink took on the English market. For a hundred years, the importation of Rum to England increased from 1,000 liters to 9 million liters and an unaccounted amount was smuggled into the land through many pirates. At this point, rum had taken over the western world.

All of the sudden the status of rum was lifted, but this did not mean anything for the many slaves working in the plantations. Their slave labor was still a vital part to the production of rum until the late eighteen hundred.

Some places were quicker than others to abolish slavery. Denmark and Norway were the first to abolish slavery in 1803, but the slaves remained slaves and their children were born into slavery. The British Islands abolished slavery in 1833, but it was only in 1848 that slavery was finally abolished on the DanishWest Indian Islands by general governor Peter von Scholten. He lived together on the islands with his free colored wife Anna Heegaard. It has been said she may have had an inﬂuence on the slavery abolition. In 1847 Peter Von Scholten was able to finally abolish slavery in its entirety where children born from slavery were to be treated as free and where slavery was completely put to an end to in the matter of 12 years.

Already a year later after the abolition, a slave revolt broke out and slave leader, John Gotlieb, also known as General Buddhoe, took control over the town Frederiksted on the island of St. Croix. Peter Von Scholten took the matter into his own hands. He went to Frederiksted and dealt with the slaves even though he did not have permission. He released many slaves which was a big disappointment to plantation owners and the government of the West Indies. As a result, Peter von Scholten had to leave the Danish West Indies in
the dark of night. Ron Esclavo, “Slaves rum”, is a celebration of not the rum that slaves drank, but for the slaves who paid a high price for the rum to be widespread during its frst years and to the ones who travelled and fought against slavery. To them we raise our glass. Ron Esclavo, from slavery to bravery!

Ron Esclavo 12 is the frst and youngest rum in the Ron Esclavo family. It is a Solera rum, blended of rums aged up to 12 years. Both nose and palate is sweet and soft with notes of vanilla, toffee, a bit burned oak, plum and marzipan, and the finish is lingering. Leave this rum in the glass for a while, and you will experience that it becomes even more enjoyable. Alcohol: 40%  – Volume: 0.7L

Ron Esclavo 15 is a follow-up of the popular Ron Esclavo 12. It is Solera rum, blended of rums aged up to 15 years. This is a pleasant rum, perfect for the sweet tooth, but it can also be enjoyed with relish by the experienced connoisseur. The nose is sweet with notes of vanilla, and the palate is smooth with notes of toffee, honey and cinnamon with a mild and spicy finish. 40% Alc.

Ron Esclavo XO is the elegant and full-bodied big brother to Esclavo 12 and 15 with a long, rich and delicious finish. It is a Solera blend of rum aged up to 23 years. The extra alcohol gives an extra power and adds more nuances to the palate. Both nose and palate is spicy with notes of vanilla, honey, caramel and cinnamon. Alcohol: 42% – Volume: 0.7L

Ron Esclavo XO Cask is ’the grand fnale’ in the Ron Esclavo family. This rum is the same as Esclavo XO but XO Cask is bottled at cask strength. The nose is very spicy with notes of vanilla, caramel, and a bit burned plume, and the palate is warm and delicious also with notes of vanilla, caramel and oak. This is a powerful rum with a fnish without end.  Alcohol: 65% – Volume: 0.5L