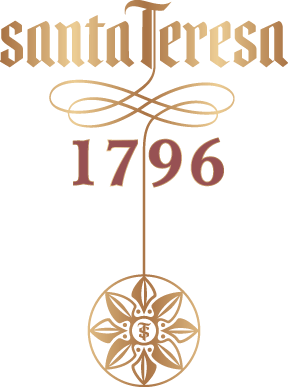 To celebrate the 200th anniversary of the Hacienda in 1996, Alberto Vollmer Herrera, fourth generation family member, called for the creation of a rum that would incorporate all the craftsmanship of the last 200 years. Santa Teresa 1796 is a powerful and elegant rum. A blend of rums up to 35 years old is further refined into a dry, round and balanced rum using the artful solera process.

Whoever wants to become the maestro of ron for Santa Teresa has to earn his merits here in our house. Jeder neue Anwärter übt sich unter dem wachsamen, fachkundigen Auge eines erfahrenen Meisters von Santa Teresa. With the utmost care, knowledge and craftsmanship are learned, senses and memory are trained, and recipes are explored – first for their own use and then also to pass on to the next generation.

The Solera process has been passed down through generations from one master to the next. This ensures that there is still a bit of the first bottling in every bottle of Santa Teresa 1796. This is because the original cask was never emptied. Instead, for each bottle removed, a new blend is refilled. And this process is repeated with each new bottle of Santa Teresa 1796.

Craftsmanship down to the smallest detail

From the special pot still distillation to the solera process, from the bottling method to the hand-sealed cork with wax – all this makes each bottle of Santa Teresa 1796 an exclusive one-of-a-kind.