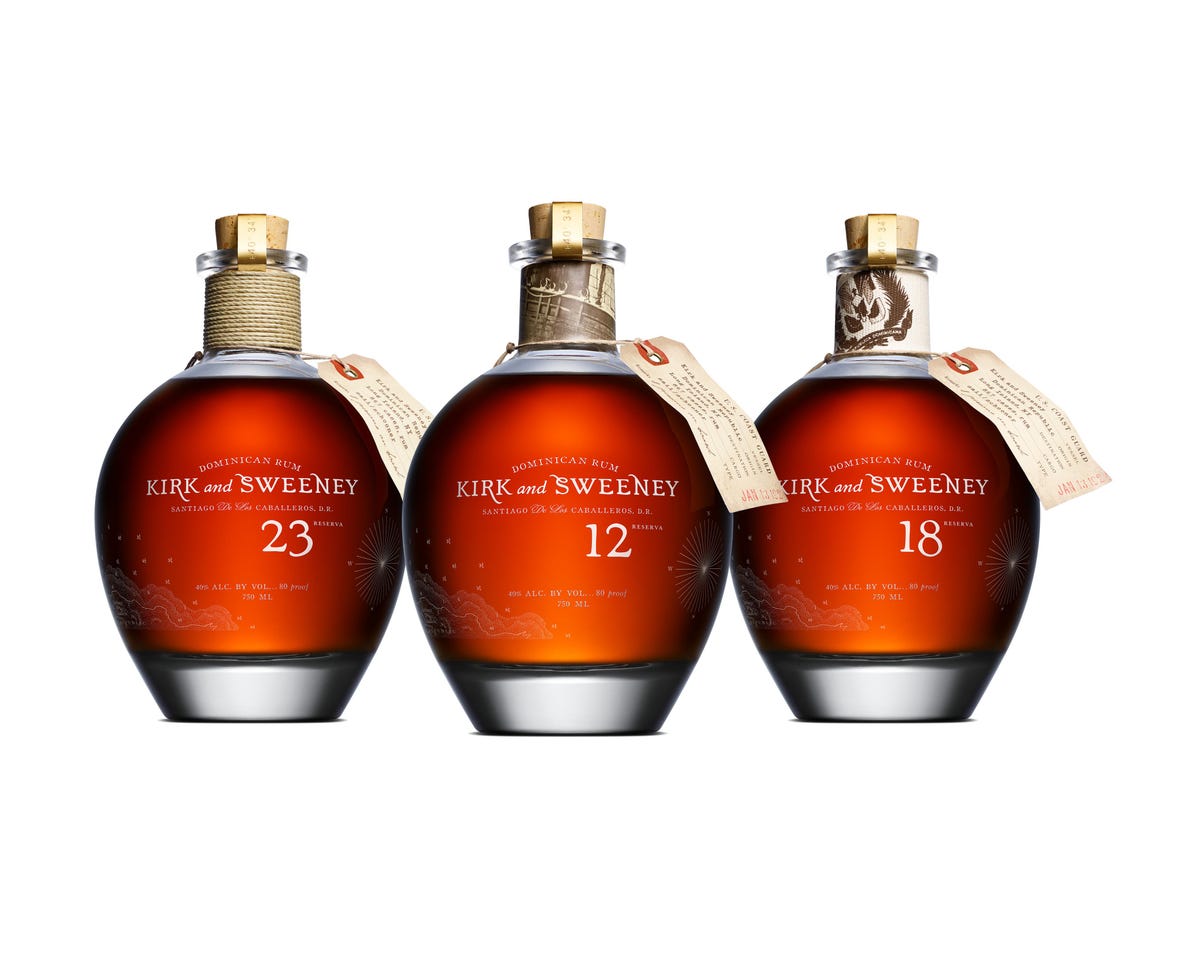 Kirk and Sweeney was a notorious smuggling ship that smuggled the finest rum from the Caribbean to the north-east of America via a secret sea route during Prohibition in the early 20th century. On the bottle, which is reminiscent of the onion-shaped bottles of the 18th century that typically contained rum, you can see an old nautical chart showing the schooner’s clandestine route. The bottle tag is in Coast Guard style with the batch and bottle number. Combined with the squiggly logo and the safety seal that looks like nautical brass, the design is a reminder of the risk that so many were willing to take in the 1920s. A risk that was accepted – for the good taste of rum. The ship was seized by the authorities in 1924 and decommissioned, but rum production is fortunately still active today.

Kirk and Sweeney rum is made from the best sugar cane in one of the most venerable distilleries in the Dominican Republic (family-owned for more than 150 years) and matured in French and American oak barrels. Kirk and Sweeney is classified as a genuine “Dominican Rum” and stands for the highest quality. Kirk and Sweeney Reserva is a blend of rum barrels of different ages, classified as “Dominican Rum”, which matures between 3 and 14 years. The deep mahogany-coloured rum convinces with a sweet aroma with gentle vanilla and caramel notes as well as toasted oak and wood.

This full-bodied rum offers a fascinating range of flavours, from intense vanilla to notes of sherry, sultanas and toasted cane sugar. The finish is very soft with gentle oak notes. The rums used mature between 5 and 20 years in American and French oak casks.

Genuine “Dominican Rum”, matured between 6 and 25 years in American and French oak barrels. Aromatically, this high-quality rum convinces with subtle notes of dried fruits and sweet, toasted bread, together with toffee, fresh honey and caramelised sugar.